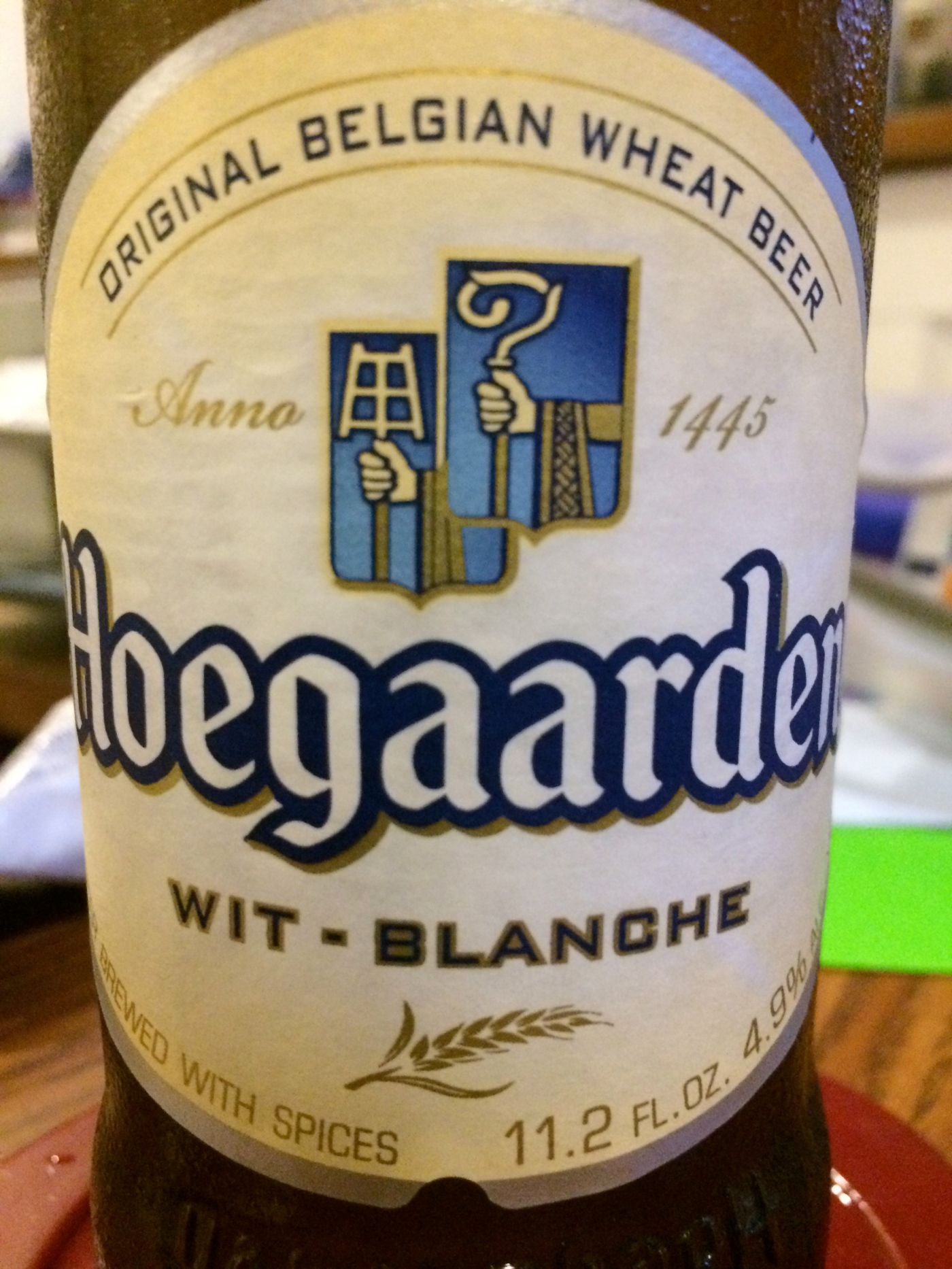 I’m no food connoisseur or sophisticate. I don’t drop money on clothes, cars or, truth be told, much of anything. But I will pony up a few extra bucks for a good beer. Doesn’t mean I won’t knock back whatever watery brew that’s yanked from the cooler. But when I can, I sip something tasty. And how to know what qualifies? Only one way to find out.

The flavor: Beer. It tastes like beer. OK, it actually tastes better than most beer, if you must know. A Belgian white ale, it’s light, really smooth and kind of citrus-y (but not annoyingly so). Sort of like Blue Moon — only better, and without the tongue-marinating aftertaste. A beer geek I once spoke to about Hoegaarden mentioned something about coriander, I think. Whatever. It’s really good, my flavor of choice at the moment.

The perfect pairing: Catching mice. Seriously, Hoegaarden is perfect for a mouse hunt. What? You want to hear that it pairs beautifully with parmesan-encrusted sea scallops and grilled pineapple? I dunno, maybe it does. But that’s not where my head’s at right now. At the moment, I’m dealing with a wife who’s flirting with madness, a pre-teen daughter who’s staunchly opposed to harming anything with a tail and a bunch of cunning and highly mobile turd machines. I didn’t ask for this. Being tasked with crushing a vermin uprising in my own home when I could be watching “John Carpenter’s Vampires” is a bummer. A serious, hard-core bummer.

The story: I ordered Hoegaarden at a restaurant a couple of years back, when I first got on a kick drinking the stuff. I was excited to discover how many places actually carried it. So when a wet-behind-the-ears waiter took our drink order, I asked if it was available. Pause. He shifted his hips, gave me a blank look, then admitted he’d never heard of it.

“Mind asking at the bar if they’ve got it?” I said.

“OK,” he replied, then trudged off.

Four minutes pass, and here comes the waiter, chin up and striding confidently toward our table. I’m in business, I think to myself.

Except I wasn’t. Moreover, this smooth operator, who would undoubtedly expect a 20 percent tip from me before the night was through, suddenly morphs into my fifth-grade teacher.

This weasel had never heard of the damn beer until moments ago. Now he’s gonna quibble with me over umlauts?

The verdict: It’s a tad pricey — I paid just under $9 for a sixer (on sale) at the local supermarket while picking up glue traps — but, more often than not, it’s worth it.

A crusade to eradicate the rodent insurrection? Yeah, this is one of those times.