Twitter isn’t a destination for logic seekers. It’s a place where respectful exchanges of ideas go to crawl under a dumpster and bleed out. Follow the Twitter rabbit hole past the cat videos and #brandedcontent and duck-lipped, cleavage-girded selfies, and you arrive at a minefield inside an echo chamber that’s assiduously monitored by your employer’s HR goons. It is a place for the thin-skinned, foul-mouthed and frothy with anger. Which brings us to:

Lebron James was just interviewed by the dumbest man on television, Don Lemon. He made Lebron look smart, which isn’t easy to do. I like Mike!

Last night, inside the walls at 1600 Pennsylvania Avenue – and presumably ensconced among a blanket of still-warm Big Mac wrappers and the dulcet tones of Laura Ingraham – a man shared his thoughts with the world via Twitter. This wasn’t just any man, of course. And his “thoughts” may only be loosely referred to as such. Yet there they were, and because the blue check mark and breathtakingly authoritative “J.” in the signature demand our attention, we give it. Now comes the hard part. A question springs forth that, as a nation, it becomes our solemn duty to ask: What the fuck is he talking about?

So let’s get right to it. What follows is a deconstruction of one man’s pre-postmodern critique/shitpost:

Viewed within the context of our author’s canon, this tweet gets spectacularly high marks for spelling, punctuation, syntax, sentence structure and clarity. Hell, we can almost dispense with grading on a curve. Almost. Capitalizing the “B” in James’ first name gets overlooked – one word and three letters into the tweet, if we’re quibbling – but let’s be honest: It happens to the best of us! Sportswriters routinely botch this stylistic quirk, even though James is as famous as Moses. I mean, if LeBron’s mother had simply christened her son with an upstanding, traditional American name – say, Dave – this all could have been avoided.

“Lebron James (sp.) was just interviewed by the dumbest man on television …”

Ah, our first bona fide misstep. Let the record state that James was not, in this instance, interviewed by Billy Bush. (Perhaps our author remembers him?) Even presupposing that Bush is now out of the running for “dumbest man on television” because he is no longer “on television,” the author’s premise doesn’t hold up. Think about it: Any interviewer who books James must be inherently and unquestionably brilliant, because any interview with James draws ratings. And aren’t ratings what it’s all about? Very Smart!

True or false? Lemon is an objectively problematic figure, true. But let us consider the arguments for and against his simplemindedness:

For: He attended – gasp! – public school.

Against: Lemon is a college graduate – a proud alum of Brooklyn College. School motto: “Nothing without great effort.”

For: In 2014, Lemon was dinged – and rightfully so – for some of the worst journalism of the year. Of course, this panning came from the Columbia Journalism Review, a standard-bearer in the industry and thus an outlet that merits suspicion as a purveyor of #fakenews. Hmmm. Is this, then, a mark for or against Lemon? I don’t know anymore. Look, conspiracy theories are hard.

Against: Lemon has won an Emmy and the Edward R. Murrow Award, broadcast journalism’s highest honor.

For: Lemon talks about stuff that makes some people feel tingly and prickly and mad and threatened. Other people call these “facts.”

Against: Lemon is a gay, light-skinned black man and a survivor of childhood sexual abuse. He is undoubtedly worldly in a way that, for instance, a white man born into vast sums of inherited wealth and who is wholly unchallenged by scruples or empathy could not be. Lemon may not be the second coming of Carl Sagan. But “the dumbest man on television”? This seems unlikely.

“Lebron James (sp.) was just interviewed by the dumbest man on television, Don Lemon. He made Lebron …”

There it is again. Points for consistency!

“Lebron James (sp.) was just interviewed by the dumbest man on television, Don Lemon. He made Lebron (sp.) look smart, which isn’t easy to do. …”

LeBron James, if you weren’t aware, is a professional basketball player. And although athletes – and specifically basketball players – rarely are cited for their intellect, research suggests a credible and profound connection between athletic performance and intelligence. Now keep in mind, James isn’t merely an NBA player – one of 500 or so of the world’s best basketball players. He is the most skilled, proficient and accomplished active basketball player in the universe. James is recognized by peers and rivals as a leader on the floor, in the locker room and at the center of the raging public forum on social issues in sports. These would seem to speak to, at the very least, dizzying levels of spatial and emotional intelligence.

During his career, James also has surrounded himself with savvy advisors and made astute decisions (OK, save for one) that have allowed him to accrue generational wealth, functional power and the business sense to grow his sports/media/brand empire into a juggernaut poised to eclipse the $1 billion mom-and-pop shop of some other global basketball icon. (More on him in a moment.)

“Lebron James (sp.) was just interviewed by the dumbest man on television, Don Lemon. He made Lebron (sp.) look smart, which isn’t easy to do. I like Mike!”

The pièce de résistance. Even in this tweet – which breaks slightly from the author’s traditional rambling-to-offensive-to-Mad-Libs-to-ham-handedly-unfunny oeuvre, his personal style is evident: a closing zinger in the form of a non-sequitur!

The reference, if nothing else, is clear: We can be sure that the “Mike” in question is Michael Jordan. But where, exactly, does he fit in this scenario? Is this a weirdly veiled and 60-some-years-too-late endorsement of Dwight Eisenhower? Is the author merely stating a preference for MJ over LBJ as the GOAT? Or does he truly believe, if we follow the most obvious narrative thread, that Michael Jordan is demonstrably more intelligent than LeBron James?

The evidence is far from conclusive. Jordan was inarguably James’ match as a player and a businessman. Whereas James has failed to comply when warned to “Shut up and dribble” (there’s our friend Laura again!), Jordan remained mostly mum on topics outside basketball throughout his career – likely to the benefit of his brand and financial standing. Still, this theory is a bit flimsy: For all his genius on the court, Jordan found his decision-making to be less prescient away from it.

Remember this? Or this? Or, for god’s sake, this: 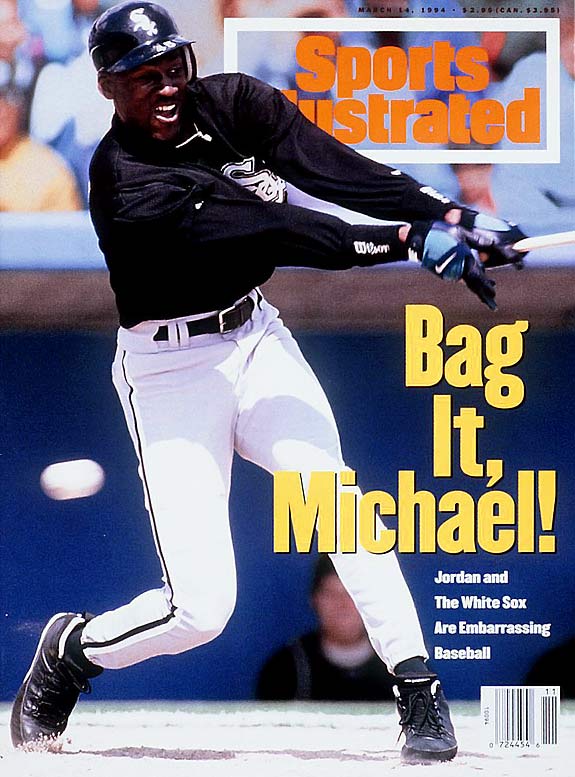 Most strange is the timing of this tweet, coming only hours after the announcement that James, through a partnership between his charitable foundation and Akron Public Schools, helped open a remarkable new public school for at-risk children. Why not sit this one out, the author might be asked, or instead take aim at another outspoken critic within James’ professional circle? Wouldn’t Spurs coach Gregg Popovich, who has described the author as “a soulless coward,” or Warriors coach Steve Kerr, who has compared the author to the low-IQ Brick Tamland of “Anchorman” fame, make more logical targets?

Ah, it’s ultimately our mistake, seeking logic in the land of the foolish and petty. Even a beautiful mind sent forth into an ugly medium can leave us grasping for understanding. Twitter, as we know, is the internet’s version of the Upside Down, where good is bad, smart is dumb and a cretinous asshole shall lead them.